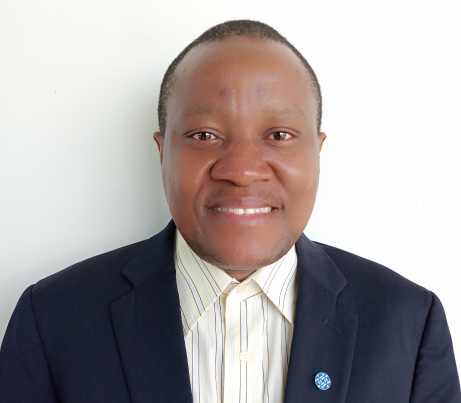 Nazarius aka Nazar is an ICT professional, trainer, and entrepreneur. He was a Senior Technology Officer and Trainer at Foxconn Incorporation, in the USA from 2002-2004. He is an innovator and a social entrepreneur and in 2005 he founded WebPesa Net Company, an integration services company. In 2007 he co-founded Africa Institute of Technology which specializes in ICB and
Entrepreneurship training and strategic transitioning of companies and organizations to confidently adapt to new and emerging technologies.

During his youth, he founded Youth of the United Nations Tanzania in 1995. He was the Organizer and President of the First United Nations Youth Model Assembly to celebrate 50 years of the United Nations, 1995. At this time he also co-founded Roots & Shoots – A global humanitarian youth program under the support of Dr. Jane Goodall (a famous Primatologist). He was a Chair of Peace Child International and a Convener of Children Rights Conference in Dar es salaam in 1996. He was the Minister for Science and Technology in the Children’s Parliament to celebrate the day of an African child in 1991.

He is the founder chairman of the Tanzania Federation of Green Revolution(UMKITA) and chairs Dar es Salaam Entrepreneurs Club. He recently founded Kigamboni Tropical Silicon Valley African Innovation Center and Tanzania Hub of Internet of Things (THIoT). He holds a BSc in CIS and serves on boards of several companies and organizations.

He is also a promoter of Community Networks to help connect the unconnected in rural and underserved urban communities in Tanzania. He has expertise in ICT Policy, Internet Governance, Internet and Internet of Things (IoT). He is a promoter of STEM for Girls, Digital Gender Equity, Digital Rights and Trust for Every Netcitizen, Privacy & Personal Data Protection, Online Child Safety, Netpreneurship, and Local Content Development. He is an enthusiast on IIoT, Artificial Intelligence, Machine Learning, Augmented Reality (AR) and Virtual Reality(VR).